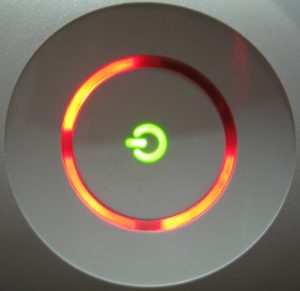 As I made my first and final attempt to ressurect my very ill XBOX 360, I began to think about what the console really meant to me. I played a lot of XBOX 360 games. I’ve come to realise now that they’re all very much a like. First person shoot up, third person shoot up, they all got the same jagged feel. The stiff like animation of people are all eerily familiar, no matter what the title is… the same limited hand motion that doesn’t have finger “joints”. Frankly, the gaming company need to update their games’ APIs.

As I sift through the internet trying to find a fix for my partially fried XBOX 360 video card, I figured that this was the last straw. People pay good money for a gaming console that they think is going to entertain them for a long time. Unfortunately for most, their console starts to show signs of weekness only months after they buy the damn thing.

I consider myself lucky because my XBOX 360 died over two years after I paid for it. That must be a record! I got the usual 3ROL (3 rings of Light or death or whatever it’s called these days) I took my console to my retailer… lucky for me I paid a few extra bucks to extend my warranty period to 3 years. Anyway, I drove to Harvey Norman (the retailer I bought my 360 from) with my console and spoke to a technician, who mentioned that Microsoft handles their own warranty so I needed to contact them directly. I thought that was odd because I paid extra $$$ so that Harvey Norman would handle warranty related issues with my console.

I contacted Microsoft and they mentioned that I was not covered (standard warranty is 1 year), and that extended warranty should be handled by the retailer who sold me the unit. Well, after a lot of arguments with a Harvey Norman representative, HN finally took my console in to get it repaired.

8 weeks later still no XBOX 360. I’m a patient man but 8 weeks and no phone call from HN!?! I finally got sick of waiting so I contacted Harvey Norman and quizzed them on how my 360 repair was going. Technician advised that my 360 is still sitting in the repair bench which is where it was when I dropped it off 8 weeks ago. I was furious at that point (I guess any normal human would be) so I told HN that I was driving to the store on that same day and demanded that a new console be ready for me when I get there! Well I got to the store and I got a new console.

This new console is average. Well, I got reason to believe that the XBOX 360 is manufactured to only function a few days after its warranty expires. Want proof? Google it. Thousands of unhappy customers suffering from the same old 3ROL… Thousands of websites with the same consistent methods of fixing the problem. Microsoft even admitted at one point that the console was defective, by extending the standard warranty from 1 to 3 years last year!

Only a couple of problems… My warranty expired and my XBOX 360 is broken. No 3 rings of light. In fact I can still play games, but the video is all crap, shadowy (like a really crappy SGA monitor) after the console has been on for while, then just green and purple lines. I can’t play hi-def games like this, might as well get my Amstrad CPC464 out of the attic!

I opened the thing up and tried to do the x-clamp fix (even though no 3ROL, but I knew the thing was going to go anyway). No good. Time to say good bye. I guess I’m just one of the first few people who experienced the new strain of problem with the XBOX 360…. fried video card… I found about two or three other posts about this problem.

The only thing I will miss about the XBOX 360 is playing NBA 2K8! I used to be an NBA LIVE fan until I bought and played NBA LIVE 2007, which was absolute rubbish. I started looking for an alternative title and found 2K7 (My wife bought it for me! What a woman!). It was OK at first (I couldn’t control my team properly.. kept pressing the wrong button! I had to unlearn LIVE controls, then learn 2K controls), but after I mastered the controls, it became fantastic! 2K8 was even better! I got to say, 2K make the best sports games! I played their tennis and table tennis games and they were both great!