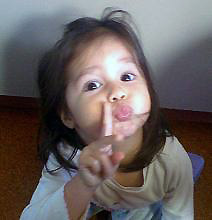 At some point in time, you start to wonder, how useful is Facebook.com? After you muddle through the crap that people write in their profile comment, you start to realize, what a waste of space. 99% of the stuff written on the notification is not even mildly amusing.

It’s become just another platform to promote the “look at me” generation, an era where too much attention is never enough. What do I need to write now in order to get people to comment on my post? Hmmmm… hang on… that’s not shocking or offensive enough… let me just tweak it a little… There… that’s better. You just wasted three hours of you life looking at photos of your friend’s friend’s friend who you don’t even know.

On the surface it appears to not be a problem at all. But if you think about it, it actually exposes a much bigger problem. You see, Facebook is a social “environment”, a place where children and adults alike congregate into one “event”. Once you log in, you get immersed into a world far beyond your knowledge, which can be dangerous especially if you’re a child. You get thrown into a world of unsolicited, uncensored point of views, and visual images from people who you don’t even know existed. It is a perfect example of technology trying to mimic complicated social frameworks and failed miserably.

Get a life. Go out and talk to some real people. Ban your kids from accessing Facebook or MySpace (or at least limit their time on it). I’ve deactivated my facebook profile. I was just hoping that there was a delete button so there was no turning back. As far as I’m concerned, it’s a waste of my time.